On 19 Jan 2014, I appeared on Mark Walter’s radio show The Armed American.  Here is a recording of my interview.  My segment starts at minute 18.

New enrollments shot through the roof after the show!

Remember that Situational Awareness is for everybody, not just the citizen who choose to legally carry firearms. 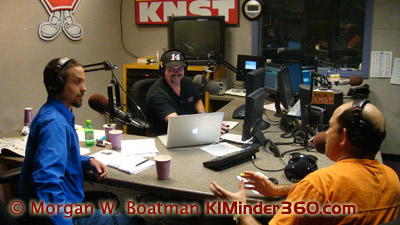 Here I am in the KNST studios in Tucson with Mark Walters and Senator Frank Antenori broadcasting The Armed American Radio Show live on April 11, 2010.